Shipping
7.50 €
ZWO ASIAIR Plus Control of ASI cameras and mounts via tablet and smartphone

ZWO ASIAIR PLUS - never has astrophotography been so easy!
ASIAIR PLUS is an intelligent WiFi controller for all astrophotography applications. It replaces a laptop or even an expensive stand-alone autoguider. Also the cable tangle at the telescope is a thing of the past. You only need your smartphone or a tablet, which you connect to the ASIAIR-WiFi. The areas of application are manifold:

ASIAIR is continuously developed further by ZWO and also the third generation convinces, besides the well-known reliability, by interesting innovations:

Accurate focusing: After coarse focusing is completed, select a star, then accurate focusing can be done by curves such as brightness and HFD. It can also be done with ZWO EAF by remote control. 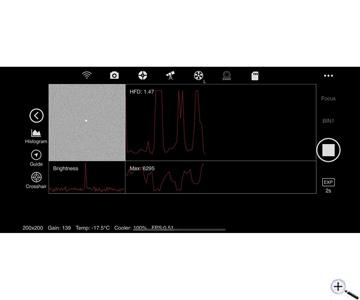 Polar alignment: Based on the powerful plate-solving function, you can complete the arc-second alignment of the polar axis within a few minutes. 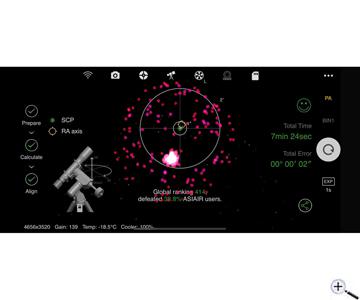 Accurate GoTo: With the rich celestial object database, accurate GoTo can be achieved after selecting the object. 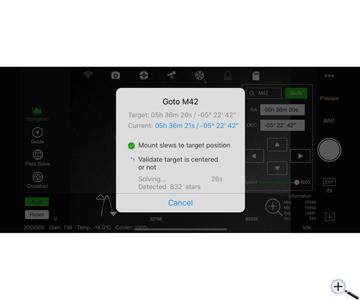 Stable guiding: Independent and stable tracking control can be achieved without the PC. 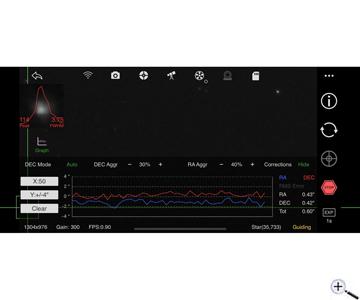 Preview mode: You can see the image of the object directly under ´Preview´.

Autorun: Set the object and configure the schedule, ASIAIR will run the image sequence automatically. 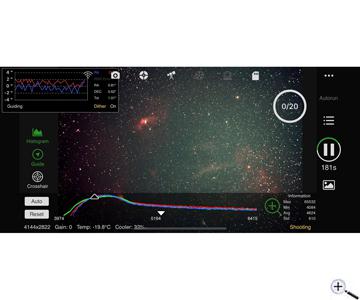 Live stacking: You can see the stacked image (lower noise with calibration shots) of the object directly during capturing. 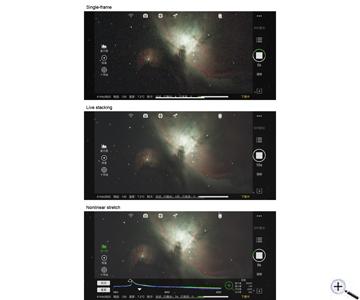 ASIAIR PLUS is a smart WiFi device that allows you to control DSLR and system cameras. A listing of compatible DSLR and mirrorless system cameras can be found here.

Astrocameras from other manufacturers, such as QHY, are not controlled by ASIAIR.

ZWO has also worked closely with major manufacturers to ensure compatibility of iOptron, Vixen, Rainbow, Avalon, Explore Scientific and other models (including some new models). For now, the ASIAIR PRO supports hundreds of equatorial mounts from more than 20 manufacturers worldwide. All mounts and cameras supported by the previous version（ASIAIR) will also work with the ASIAIR PRO and ASIAIR PLUS.]

Link to a listing of compatible mounts - Mounts with Asiair.

Manuals can be found on ZWO´s manuals page.

Drivers can be found on ZWO´s driver page.

[*1. Older Goto systems without USB connection
- Plug the RS-232 cable supplied with the mount into the corresponding socket of the Synscan handbox, connect it with the ZWO USB-RS232 converter cable and plug it into the USB socket of the ASIAIR.

- Switch on mount and ASIAIR, select "Synscan" as mount in the ASIAIR app. 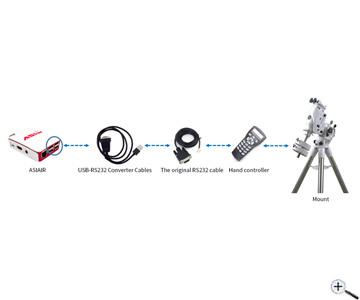 Note: The new ASIAIR Plus has no RS-232 adapter cable included anymore. Here then pos. 1 is omitted.


2. Skywatcher Synscan mounts with USB connection on the handbox or the mount itself (e.g. newer EQ6-R and EQ8)

- These can be connected directly to the ASIAIR with a USB 2 cable. 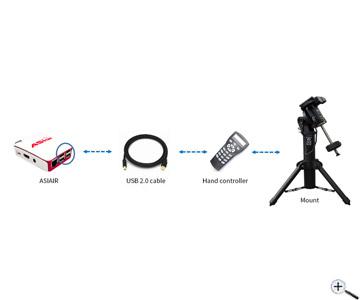 With a suitable EQMOD cable, the mount can also be connected directly, bypassing the Synscan handbox, to as ASIAIR. One advantage of this method is that the basic alignment to stars ("alignment") can be bypassed and you can go directly to plate solving. 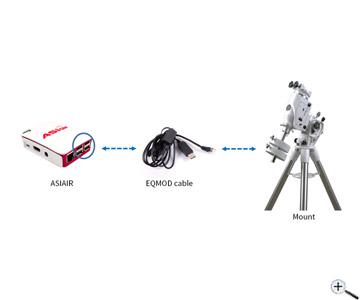 Skywatcher mounts with integrated WLAN module or the separately available 20318 WLAN module (the latter fits all Skywatcher Goto mounts) can be directly connected to the ASIAIR without any cables.

Please note the additional hints ZWO has summarized in this manual:

Connecting ASIAIR to other Goto mounts

In principle, all goto mounts that support the INDI protocol can be connected to the ASIAIR. A list of these mounts can be found here:

Please note that depending on the mount, special (RS232) adapter cables may be necessary, which we unfortunately do not have in our program. These can be obtained from the manufacturer or can be made with appropriate knowledge.

For modern mounts with USB or WLAN the connection is done as described above under Skywatcher, you may have to download the drivers linked in the indilib additionally.

Currently there are no reviews available for this product. Be the first to write a review.